THINGS I SCRIBBLED WHILE SAILBOATING: BEATRIX AND THE SLAVIC DRAGON LADY…

.
(The adventures of “Little Béa” North of the “Great Wide Open“, across the Tagus and (thankfully) well past Seixal…)
.
My cherished Professeure Beatrix,
.
Accounts have recently come to light of your most recent exploits in the field of Human Biomechanics.
.
I had a chance to glance at them in the pages of the esteemed and leading peer-reviewed scientific journal entitled “The Monsaraz Gazette of Human Physiology“. Quite riveting and thought-provoking erudition, even to a mere proselyte of your teachings, such as myself.
.
Long has it been known in Odivelas, that the old masters had in foolhardy fashion, rendered the laws of human morphology and… “zoology” so feebly accessible, even when faced with such daunting prospects as containing the remarkably inventive, “academically fortified” and southern bred Beatrix Adjani-Cameron.
.
From what I could gather in the aforementioned trade publication, your writing is quite beautiful and expressive, accessible even to the minds of “lesser mortals”. The way in which you write, I found it to be seemingly… adequate academically, and “enhanced” to induce congruence and rapport even with the average (and above) scientific commoners.
.
We had all from afar been made aware of your scholastic background and cognitive abilities, which had gained renown at the “Instituto Superior de Ciências Educativas“. Nonetheless, we were all taken back at the sheer grandiosity of your most recent dissertations.
.
I heard that in class, you even attempted to correct “Professeur Pinheiro” (I used to do the same in History and Economics classes, back in the 1990s…) about the process of fomentation of osteoblasts and how incrementing the consumption of whey protein might help facilitate it. You naughty, naughty, clever, ever-smiling and sleepy-eyed (as well as a further varied and wide range of “womanly charms”) little “minx”…
.
Even by merely attempting to comprehend the all encompassing scope of it all, I have been forced to learn your generation’s “unarchetypal” nomenclature (with quite a hefty side helping of “garbagy” Wokery). Such as… “B-Learning” (“Blended Learning“, I initially assumed, that it had something to do with sandwiches that boasted an amalgam of both ham and cheese…), “Non-Binary” (I thought it had something to do with the multiple USB ports on a Dekstop), “Misgendering” and “Deadnaming“, and of course, the not so “burdensome”… “you’re canceled, dude!”
.
I had in the past year or so, attempted to “attend” an “E-Learning” course at FPF. But I quit after just one class, as I had assumed that class would be filled with “Instagram models” posing as dilligent students, all attempting to learn how to become proper and certified (or “certifiable”…) “Team Managers“. Very dreary stuff, a frightful bore in every sense of it. And most “maidenly” students in attendance were altogether “declassé” as well as imperious and haughty in regards to their social competences.
.
After a while, we were posed questions such as, if we were the President of a small Club in the periphery of Setúbal, how would we monetize the local snack-bar (I suggested that we refurbished it as a “Brasserie” instead…) in order to get funds to finance the signing of new players.
.
Frankly, I suggested that we get Suzanne Pires as a regular patron of our trays of pork rind sandwiches so that we could get some real money in fast. But somebody got offended… Deary me, how sensitive and “expertly” they all are these days.
.
I had never been presented with such troublesome and burdensome questionnaires back when I was leading Estoril Praia to the Champions League final in “Championship Manager 2001/02” in the mid-2000s.
.
And back then, “Béa“, Alentejanas mostly could write (well, some could…) an assortment of theses about the virtues of agricultural and horticultural toolmanship (mostly, about “Enxadas“). But hardly ever anything beyond that… I can only assume, that “Mamma Cameron” always supplied you with an overly healthy “allowance” of flavonoids for breakfast.
.
With these most recent… “cacographies” of yours, you have beyond all doubt proven yourself to be a true… “Mistress” in the art of producing publications explicating your bewildering theories. As well as undeniably demonstrated yourself to be “just” a peerless paragon of enthusiasm in a panoply a field of human endeavours, mostly due to your ravenous intellectual appetites.
.
You have written some previously unheard-of academic books which distilled your studious learnings whily fully respecting and well-substantiating them with well-suited scientific empiricism of the highest order.
.
Accordingly, it’s only rightful and safe to hypothesize that your “puissant” cognitive powers are now at the uppermost end of the spectrum.

THINGS I SCRIBBLED WHILE SAILBOATING: BULL-SHOULDERED BLONDE ON THE BENCH AND MIDGETS ON THE PITCH…

THINGS I SCRIBBLED WHILE SAILBOATING: THE CAVERNICOLOUS DWELLINGS OF SLAPDASH COMMUNICATION…

THINGS I SCRIBBLED WHILE SAILBOATING: TRODDEN UNDER FOOT… 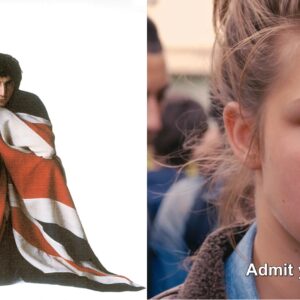