What if Golovkin has one last great fight/effort in him? What if he saw the first 2 fights and decides – assuming that physically he can do so, and that Canelo “allows” him to do so – to revert to his style from the first fight and go forward, making good use of that world class jab, sitting down in his punches, pressing Canelo, walking(rushing is a more apt description) through his shots and impressing the fans (and hopefully, the judges as well)?
.
Plus, despite the favourable difference in age, here’s a pertinent question, does Canelo at 32 have better stamina during the 2nd half of a fight than Golovkin does at 40? I’m not not so certain, remember that last May at 175 pounds, Canelo looked pretty winded in the Championship rounds vs Dmitry Bivol, and this shows every sign of being a “chronic” problem for Canelo.
.
He got tired in 2013 vs Mayweather Jr., in 2018 vs Golovkin, and in 2022 vs Bivol. Plus, in my experience, it is physically not as burdensome to go up 8 pounds and retain your athletic prowess than it is when dieting down 7 pounds.
.
The question is, will Canelo go to GGG’s ribcage? For the way I ratiocinate it, even at 40, Golovkin can absorb power punches to the face all night long, but like most “elder statesmen”, he doesn’t like to take it it in ribs. Plus, one of Golovkin’s more impressive feats in the ring was when during the 2nd fight vs Canelo, at the halfway mark, I felt the fight was slipping away from him, but he did some “soul searching” in between rounds and he came roaring back in a fashion that allowed him to impose himself and sweep all 4 final rounds on my card. Yes, 4 years ago, a 36 year old out gutted and out endured a much younger man (who was/is also a proud warrior).
.
I think that the more likely outcome for this one is a Canelo points win, maybe even a KO after an accumulation of body punches might force Golovkin to take a knee or even retire on his stool in the corner (it has happened to many great ones, arguably, to even to greater ones than Golovkin), but it’s not unfathomable that with appropriate judging, Golovkin could conceivably win this one on points (although I’d “love” to see Canelo get KOed).
.
One thing I noticed vs Murata, is that from an aesthetic standpoint, Golovkin seemed to be in greater shape than even before. He’s never had a “body beautiful“, but he looked more muscularly defined than ever before back in May.
.
And even during this week in Vegas, even under his sweatsuit, his upper body seems more “bulgy” than even before, particularly, his biceps, outer pectorals and deltoids. We will see how his conditioning is with the 8 additional pounds. Emotionally, Golovkin also seems the more collected and focused of the two. Canelo looks upset all the time ever since he lost to Bivol, or when the topic of a Golovkin rematch has been broached over the past 4 years.
.
One thing that may very well “doom” GGG, is the fact that is contract with the DAZN runs out after this fight, and if the his paymasters have any “influence” with the judges, it’s natural to assume that they’d prefer the winner to be the man who they will still have under contract, and expectantly with a few more years left to give to the sport and generate more revenue for them. The fight’s promotor (Eddie Hearn) would naturally also be partial to his (remaining) “cash cow”(Canelo) emerging victoriously.
.
When it’s all said and done, and no more “marketing” is required, I suspect they’ll embrace “fraternally” in the middle of the ring, like “Sugar” Shane Mosley vs Oscar De La Hoya did as well back in 2003 (also in mid-September) and 2000. Acrimony permitting it, maybe Canelo and Golovkin, like Mosley and De La Hoya (did so twice 19 and 22 years ago), they too are destined to always go the distance, and at the end of it, – when hype is no longer necessary, nor desired- once more embrace. As it should be, between two proper gentlemen.
.
Good luck, Gennadiy! One last ride!!
.
Wallack’s Point,
Friday, September 16th, 2022.
.
Text: Ronald William Miller.
Image: All rights reserved.
. 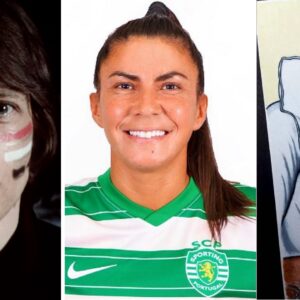