.
After a near 20 month absence, former Welterweight and Junior-Welterweight stalwart, Danny Garcia has risen to the “jurisdiction” of 154 pounds in order to pursue his goal of becoming a 3 weight division champion.
.
Frankly, I find his chances slim. Garcia was a very reasonable talent at 140, a competitive fighter at 147, but 154 just seems like a bridge too far for the Philadelphia native. Garcia is a skilled boxer to be sure, but I consider him essencially a large 140 pounder, a “smallish” 147 pounder, and an “artificial” 154 pounder. The further he gets from his natural fighting weight the more difficult it becomes for him to impose his physical tools on his adversaries.
.
For his debut at Junior-Middleweight, Garcia chose to fight one José Benavidez Jr.. Mr Benavidez is a large 154 pounder, one who in fact had already campaigned (unsuccessfully) at 147 pounds. And what he may lack in skills in his toolbox, he more than makes up for with size, after all, we are talking about a broad-shouldered 6 footer who may very well end up fighting at full middleweight before he calls it a day.
.
As Garcia traverses upward the 3 Welterweight divisions, one cannot help but notice that his once vaunted power is rapidly becoming less and less efficacious as he fights naturally bigger oppugners. Previously, when Garcia was drumming up media attention for his bouts with the likes of Keith Thurman, Shawn Porter and Errol Spence, the media and pundits always made reference to his power. But which top of the line “bandits” did Garcia KO at 147? To say nothing of how little a dent he put on Benavidez this past Saturday.
.
Make no mistake, Garcia’s ability to quickly close the distance, reflexes, accuracy, footwork, unyielding jaw, fantastic competency for counter-punching and his smooth and flashy combinations are still intact. Only now, the opposing contestants are larger if nor more skilled. Forthrightly I’d have a hard time rating Benavidez among the world’s top 25 Junior-Middleweights. I think it was a fine choice for Garcia’s “christening” at the new weight division, but how much more exigente can he be as far as quality of future oppugnants?
.
Considering that Garcia couldn’t hurt Benavidez at 154 and Terrence Crawford knocked him out at 147, seeing as Garcia couldn’t hurt Shawn Porter at 147, and the aforementioned Mr Crawford “laid waste” to him, one cannot help but question Garcia’s power above the 140 pound mark. In fact, Benavidez last won a fight in June of 2018.
.
Is Garcia nowadays a top 10 fighter at 154 or just a shopworn (to a degree) former two time Champion? He may very well be in the rankings, but will that hold up if he gets inside the ropes with those other 9 “Top tenners”? After the leather was traded, Garcia manifested his desire to rematch Keith Thurman and engage with Erislandy Lara at a 155 pound catchweight.
.
Straightforwardly I question whether Danny will ever have the tools to beat Thurman. When they last fought (in March of 2017) it was a tightly contested affair, but I just see Thurman as the more athletic of the two. But as they stand today, at least for now, both pugs are on the outside(of a big fight showcase) looking in(for a dance partner), so they may very well be “faithed” for each other. At this moment, I acknowledge Garcia as a brand name “gatekeeper” at 154, and Mr Thurman as a name contender, vying for a “date” with either Errol Spence Jr, Terrence Crawford, Jaron Ennis, and possibly even Vergil Ortiz Jr., Conor Ben or a returning Yordenis Ugas.

In all honesty and candor, I would not place money on Garcia to overcome Julian Williams or Jarrett Hurd. Although I’d cheerfully watch him go up against the likes of Chris Eubank Jr. or Jeison Rosario.
.
As far as Lara is concerned. Although he may now be a hair’s breadth from middle age, he is still a fairly rare combination of athleticism, technique and experience. The Cuban toiled his trade at 154 since at least 2010, and has pegged away at Middleweight for his two most recent fictic engagements. I identify Mr Lara as too big, (still) too fast, too strong, too much power (yes!), too sturdy, too seasoned a task for a beefed-up former Junior-Welterweight like Danny Garcia. Saying nothing of the fact that Lara’s reach far exceeds Garcia’s.
.
In the days leading up last Saturday, Danny Garcia even mentioned rematching Errol Spence. I hardly envision that one being anywhere more challenging than the ” undertaking” we saw in December of 2020. That ship has sailed for Danny. I deem it likely that Danny will next oppose someone like Carlos Ocampos (but will anybody pay to watch it?), Michel Soro , Austin Trout, and eventually angle into a contest versus Liam Smith. Those would be good fights in order to gauge where Garcia stands in the 154 landscape.
.
It would be overly adventurous to “march” to a contest with Jermell Charlo, Sebastian Fundora, and maybe even Toni Harrison and Erickson Lubin. But who knows, perhaps a motivated and more weight acclimatized Garcia can even put up a good show against contenders such as Brian Castano or Tim Tszyu. Although, I cannot fathom why Tszyu would fight Garcia when he is sitting on a “golden ticket” to fight the undisputed Champion Mr Charlo come January 28th.
.
Mr Garcia may talk and talk, and claim to be on a war footing for the top names at Super-Welterweight, but the names coming out of his mouth make it sound as if he is more interested in “gimmicks“, “oddities” or (lots of)money than he is in truly testing himself in these new, deep, dark waters that he has just recently swam(and punched) into. We wish him well.
.
Wallack’s Point,
July 27th, 2022,
.
Text: Ronald William Miller.
Image: All rights reserved. 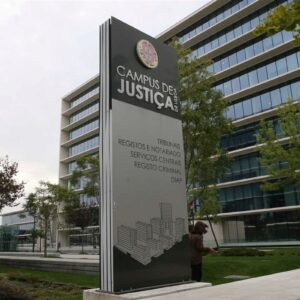 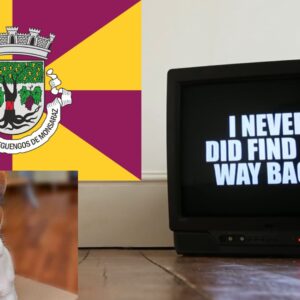