.
In this year of our Lord, 20-22, is Joe Joyce already a top 10 heavyweight? But of course! Is he, as of now, a top fiver? Perhaps not. No, scratch that. Definitely not! At least, not in my estimation. Kindly aim lower, good Sirs of the oddmaking ilk…
.
Back in my day(oh days of yore…), “Juggernaut” was a lovely nautical thriller starring Richard Harris, Ian Holm, Anthony Hopkins, David Hemmings and Freddie Jones. These days, it’s mostly just a substantive(noun) commonly associated with ticky-tacky celluloid escapism, best suited for 5 year olds or the mentally retarded, of which, worryingly, there seem to be aplenty in today’s – tattoo bearing and flip-flop a-footin’ – budding “citizenry”.
.
Make no mistake, there’s no doubting that hulking Joseph is a big, strong, hard punching, hard-charging and very durable heavyweight boxer, but that alone, may very well not be enough to guarantee him success in the realm of the “sweet science”. As a matter of fact, “sweetness” in the skill set sense, seems to be precisely what he is semi-sorely lacking.
.
In my book, a fighter should primarily never be judged on how sturdy his chin is, or by how courageous he proves himself to be. A granite jaw and a mighty heart are important attributes to be sure, but the main focus should never be on them. What is paramount in my perception, is skill, intelligence and conditioning, and then, when called upon to go beyond those attributes, then, by all means, bring forth courage and robustness to the “front burner”, but never beforehand, as that would likely be a fool’s errand.
.
Remember, the purpose of Boxing is to hit and NOT(!) get hit, and not to prove how much punishment one can withstand. This isn’t a toughman contest, a criminally overrated Sly Stallone movie, nor a sadists convention. One wins by speed – both of fist, of foot, and of thought – by smooth technique, with proper defense, mesmerizing footwork, and the like.
.
When I see Joe Joyce fight, what stands out the most to these eyes, is how incredibly built to last his mandible appears to be. You get the feeling that there isn’t a punch he cannot withstand. But, to me, that’s plain old tomfoolery way of reasoning. Although, it should be noted, that historically, when big punchers meet stouthearted jawbones, usually, the huskier chin prevails, and often, the opposition goes home with broken knuckles, which, medically speaking, are easy enough to crack.
.
But, when you’re strong, you do not always feel the need to be swift. When you have rapid thinking, you don’t always require lightning fists. And when you have a cast iron jaw, you might not feel suitably motivated to work on your defense.
.
For the life of me, I cannot envision Big Joe capturing a world title, at least, not against a/the proper champion. Yes, he does have size, strength, power(compact lefts and rights like “Betty Bamalam“…), durability and some brains to go along with it all.
.
But he is slow of foot and not especially proficient in the more technical aspects of the game. I feel that anybody that has enough sense of mobility, a good jab and adequate conditioning, will stay on the outside of Joe’s power and thoroughly outbox him, like a matador spiking a great big, able-bodied yet sluggish bull.
.
I can’t see him beating scientific boxers such as Tyson Fury or Oleksandr Usyk, he just doesn’t seem to have the (bio)mechanics for such a doughty endeavour. I think even Anthony Joshua has enough tools in his armoury to wisely beat him from a distance. Even the likes of Andy Ruiz Jr, Luís Ortiz and Frank Sánchez might prove too high a hurdle for Mr Joyce to overcome.
.
I believe his braintrust should direct him towards the general vicinity of one Dillian Whyte(a grossly overrated(and overweight) prize fighter, if there’s ever been one…), maybe(or maybe not) Joseph Parker, Derek Chisora, Kubrat Pullev, Michael Hunter and eventually Luis “King Kong” Ortiz.
.
There’s plenty of “fish” to fry in the Boxing ocean, and plenty of money to be made, even outside a title fight scenario. Although no longer a sprightly chicken, there is still time for Mr. Joyce to improve before giving chase to “worldly trinkets”. A smart and confident man always bets on the long run/con.
.
Some might find the prospect of a Deontay Wilder versus Joe Joyce fight enticing. Well, it would be the classic “puncher vs chin” spectacle, there can be no if, buts or doubts about it. But judging by how fairly easy it seems to be to hit Joe Joyce’s uppermost area, if I was his management, I’d steer him clear of Mr Wilder, especially his murderous right hand.
.
Will Deontay Wilder ever return? Frankly, I admire him as an athlete, but I find his… “self-marketing” spiel genuinely despicable. I say(write) that not anything and everything should be fair game in order to sell tickets and build up an extravaganza.

There is(or ought to be) a limit to just how ignorant and anti-social one should be (or pretend to be), or allowed to conduct himself or herself(Miss Shields…). But will he return? As my trustworthy associate Santiago Gregorio Fuentes would appropriately put it, “if there’s money to be made, there are gloves to be laced up.”
.
In other newsworthy “dispatches”,
.
Ian Nepomniachtchi has won the 2022 Candidates Tournament, and he did so, with one round to spare. Curiously enough, he did precisely the exact same thing during the 2020/21 Candidates Tournament. Regardless of what the FIDE rankings “say”, it seems perfectly obvious that “Nepo” is clearly the 2nd best Chess player on the planet. He was soundly beaten by Champion Magnus Carlsen during the 2021 World Chess Championship, but for better or for worse, he remains Carlsen’s most worthy challenger, and maybe he’ll remain so for the conceivable future.
.
I cannot lie, I’m not a very enthusiastic supporter of Mr Nepomniachtchi, but I’m also not overly enthused with Mr. Carlsen’s “threat” to abdicate his crown rather than defend it again vs the Russian. No concessions should be made, even if he is clearly the sport’s “Top 1“. If the Norwegian does not wish to defend his title, then he should refrain from “cock and bull” narratives, and just abdicate his title and surrender his Kingly position.
.
No championship should ever be held up for “ransom”, no matter how accomplished the practitioner might be. I hope FIDE sets a proper deadline before Summer’s end, and if Mr. Carlsen’s focus is elsewhere, then we shall bid him a hearty farewell and the show will roll on with Nepo vs Ding Liren early next year. “(old)King slayed, (new)king crowned“, I’ll say(and write). And yes, in such a contest, were it to be held tomorrow, I’d make Nepo a clear favourite, maybe  by as much as 3-1 odds.
.
Wallack’s Point,
Wednesday, July 6th, 2022,
.
Text: Ronald William Miller.
Image: Joe Joyce’s Instagram.
.
Post-Scriptum: I’ve recently been informed – by the aforementioned Mr S.G. Fuentes – that starting in the coming Fall, I shall be relinquishing my chess reporting duties, and the “burden” will then be taken up by my colleague, Monsieur Jerôme Claré-Dorléac.
. 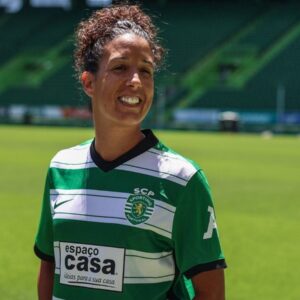 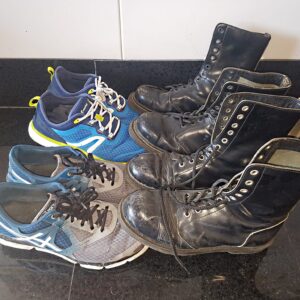