.
First off, in the interest of full disclosure, I should start off by saying that despite how the mainstream media has wished to “herd” the lot of us into factions that fit alongside their narrative with an end goal of “commercial journalism”, I am neither a supporter of Mr. Vladimir Putin, nor of Mr. Volodymyr Zelenskyy.
.
I am though and however, quite an admirer of Boxing, and have been for nearly 41 years, regardless of the nationality or political credo of its practitioners. And that to me, is all that matters, and these are all the relevant and salient facts. Thank you!
.
And(I’ll start a sentence with a conjunction any fucking time I damn well feel like it!), I should add or pile on, that it did my heart good aplenty, to see that neither Mrs Bivol nor Beterbiev were prevented of practicing their trade on the previous May 7th or June 18th. We all could well do without all this intelectual garbage of trying to politically sanitize the world of Sports.
.
In my mind, there is no – nor should there be – any room in Sports, Religion, Entertainment or… “lamestream” journalism for politics, regardless of how an ESPN positions themselves in the media spectrum. And judging by the “cord-cutting” over the last 10 years, it hasn’t exactly worked out “rosely” for them either, in the long run.
.
Though I often cast (political)care aside, I am still “bombarded” by high-schoolers like Mr LeBron James Raymone on who we all should support and what ideological indoctrination we should affiliate ourselves with. Yeah, sure, we’re all going to learn political science from a Twelfth-grader. If we do go about it in such a manner, we might as well receive meteorological scientific counseling  from the pubescent Miss Thunberg…

Yes, that makes a whole lot of sense, does it not? Personally, I think I’ll abstain from that one… It’s not like we don’t have colleges and universities overflowing with well qualified scions of proper scholastic breeding. But back to the “sweet science” as A.J. Liebling once denominated it. I recall rather well, that when Beterbiev faced the Ukrainian Oleksandr Gvozdyk in late October 2019.
.
Back then, I backed “The Nail” (Gvozdyk) to win it. Whenever confronted with having to choose between 2 fighters of an apparent similar quality, I always side with the more technically “conversant” pug. In my estimation and experience, one can generally count on the more technical of the 2 to be both, the more intelligent and the more adaptable of the 2 combatants.
.
And in retrospect, I guess I was only “half wrong”, because, even though Beterbiev KOed Gvozdyk in 10 rounds, up until the point of that fistic demise, it could well be argued that the Ukrainian was schooling and clearly outpointing his rival. Where it regards the recent confrontation between Joe Smith Jr and Beterbiev, I again(and mistakenly) picked the Russian’s opponent to pull off the upset.
.
My (flawed)reasoning was that not only was Smith also a vaunted hard puncher, but he was 5 years younger(and presumably fresher) but, I’d seen a recent Beterbiev fight, where frankly, his chin seemed somewhat suspect when the opposing assailant had the audacity to, and chose to fight back. I figured, a young, strong, ambitious, hard punching Mr Smith might well be able to land a shot that cracked Beterbiev’s decaying chin.
.
I was wrong! Boy, was I ever… Both men came out roaring and after only 2 brisk rounds, Beterbiev proved to be, both sturdier but also(and without surprise) the more concussive of the two. And just like that(a god-awful and terrible new misandric TV series, fronted and “fueled” by a missguided and frankly… “weather-beaten” feminist jewess…), on May 7th the Russian Dmitry Bivol(for whose talents I have the utmost regard) retained his WBA title against the hard charging challenge of the then “pound for pound” king Canelo Álvarez, but on June 18th, Beterbiev unified the WBC, IBF and WBO “Light-Heavyweight”(175 pounds) titles.
.
Yes, without politics attempting to caponize our sport of 2 top notch Champions, in just two shakes of a lamb’s tale, two Russians have effectively taken over the Light-Heavyweight division, and in the process, defrocked the West’s most celebrated and commercially viable prizefighter(Canelo) of the mythical “pound for pound” appellation.
.
Now, and quite naturally, the drums will rightly begin a drummin’ for a mouth-watering and spectacular confrontation between Mr Beterbiev and Canelo(or Golovkin) and Bivol, or maybe even Mairis Briedis. In fact, post-fight, Beterbiev even spoke of a potential sojourn up to the “Land of the Heavyweights”, possibly eyeing the “smallish” Oleksandr Usyk(who is also an Ukrainian).
.
Obviously, where the money is concerned, the “money fight” would be versus Canelo, especially, if he gets past Golovkin fairly unscathed on the day of my upcoming 47th birthday. But, I daredn’t say that Canelo or his brain trust will be too eager to get in the ring with Mr Beterbiev, especially after what happened in early May last. Would I pick Beterbiev over Canelo? Very likely I would, the size difference just seems overwhelming.
.
But, disregarding the… oh so important money factor. The obvious fight to be made for Sporting glory, would be between Mr Beterbiev and Mr Bivol, which would(in theory) result in an undisputed Light-Heavyweight Champions. And lest my memory is proven scant, we have never had one of those in the entire 119 year history of the division.
.
Sure, we have had undisputed Champs when it was considered a 3 sanctioning body game, when the WBO was not taken into consideration. Case in point, when Roy Jones Jr unified the 3 belts in mid-1999, but this is a chance for making history anew. As for a prognostication? Well, “fool” me twice, I guess you’ll do it thrice. Again, when confronted with the prospect of Beterbiev vs Bivol, I must side with the technically more well rounded pugilist, and in my eyes, that’s clearly Bivol.
.
Better technically, tactically, more “malleable” and possibly the more intelligent of the two. Yes, Beterviev is the harder puncher(when has he not been?), but history in most cases teaches us that technique when coupled with intelligence can overcome greater physical gifts. Anyway(and anyhow), enough wordsmithing by yours truly, in the immortal words of some of those who have preceded me, “let’s get this fight on!” When it does come about, as General Colin Powell would say it, “I will not run!”
.
‘till thou read me further, I bid and wish you all, the remainder of a pleasant day.
.
Wallack’s Point,
Wednesday, June 22nd, 2022.
.
Text: Ronald William Miller.
Image: All rights reserved, Getty Images.
. 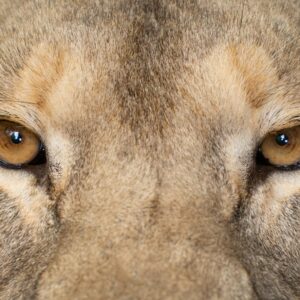 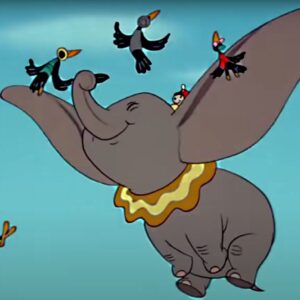