Stars are important. Superstars even more so. And Canelo Álvarez is a star, no question! Probably the biggest one in Boxing over the past 7 years. But is there enough substance to him?

One thing is to be famous, the other is to be excellent at your craft. Saúl “Canelo” Álvarez is unquestionably the most popular and marketable commodity in world Boxing, and has been since September 2015 when Floyd Mayweather Jr retired. And superstars are important, for they cross over into mainstream and become the “locomotives” or driving forces for the sport. And for that, they are lauded and often “protected”, both by judges and journalists.

I happen to be of the opinion that most Mexican boxers don’t stray much from a specific pugilistic profile. They are courageous, tough, and sometimes, they are technically proficient, but very seldom are they  gifted with exceptional athleticism. Canelo is an ambitious, physically strong fighter with good technique, and I would dare not call him one dimensional, but there’s no “wow factor” to him. He’s not dazzling fast, he doesn’t “leap” around the ring. He thrives on technique, but the greats, be they Roy Jones Jr, Ray Leonard or Mayweather, they always had an extra “gear” that they could shift.

Perhaps, most boxing scribes are “on the take”, perhaps they receive a “stipend” and benefits(free meals, free hotels, etc) from certain promoters in order to boost their fighters popularity in the printed/online press. I can understand that Boxing journalists would rate Canelo as a star, as a “cash cow”, or even a top 5 fighter “pound for pound“, but the best fighter in the world? No, I never saw that sort of greatness in him.

Boxing needs stars and “heirs”. They had Muhammad Ali, then they had Ray Leonard, then they had Oscar De La Hoya, then is was Floyd Mayweather, and for the past decade, there’s been a massive “push” for Canelo.

I still remember quite vividly November of 2015, when an enormous Canelo, then aged 25, “squeaked” by a 35 year old and smallish Miguel Cotto. That guy, who couldn’t overpower an old and small Cotto was supposed to be the standard-bearer? I was gravely disappointed.

Canelo’s always been slow, like most Mexicans, he’s got plodding heavy feet, and there’s nothing special to his hand speed. He deserved high praise for how he revamped his defensive skills post 2013, but beyond that, I see a fighter who won titles in 4 divisions, but in my estimation, did so, by fighting only one single top notch opponent, Gennady Golovkin. And there are still many who believe that at best, Canelo lost one and drew another versus “GGG”.

I rated Billy Joe Saunders fairly well, he was and is very technical, and Canelo deserves praise for demolishing him. And there’s another matter, just what is Canelo’s best competitive weight? In 2013, I saw him as a smallish Middleweight(160 pounds) at the age of 23. But these days, at the age of near 32, I see him as natural middleweight, who at times, fights 1, or 2 divisions above is optimum weight. He’s been handicapping himself, and the chickens have finally come home to roost, so to speak…

Somebody said that Canelo had barely lost a round since 2018. They must not have watched his fight with Kovalev, and before that, he lost plenty of stanzas versus Amir Kahn or Cotto or Erislandy Lara. A truly great fighter should be dominant and able to separate himself from the rest of the “pack”, for in my opinion, Kovalev, Khan and Cotto weren’t great fighters when Canelo faced them.

In the build up to this past Saturday, Canelo said he bulked up from 168 to 175 by following a “Vegan Diet“. Could that have played a part in his demise? Possibly. Some basketball players claim to feel better on a vegan diet, but Bernard Hopkins who is a Vegan, says he could never have been a vegan while he was an athlete. Observing Canelo’s weigh-in at 175, i’s obvious he’s carrying some superfluous weight, especially in the torso, most obvious-ly, on his obliques and lower back, and after the bout, he did say that he felt the weight affected his performance.

Where does Canelo go from here? First of all, it might be smart to go on a low-calorie, low-carb, low-lipid diet and drop back down to 160 pounds. Options are aplenty and all of them, “money spinners“. He could fight a rematch with Bivol at 175, he could rematch Bivol at 168 pounds. He could also fight David Benavidez(who I feel has been overrated by casuals…) or Jermall Charlo at 168, or he could drop down to 160 and go for a 3rd fight with Golovkin who is now 40 years old. Or, he could “tangle” with Errol Spence Jr at 160. Financially, any of them make (serious)sense. Sporting/Career-wise… I think perhaps he should “run it back” with Bivol, whether at 175 or 168, that is something he and his team should discuss.

In all honesty, I don’t feel that Bivol is an extraordinary fighter. He’s “just” a solid skilled, young, strong fighter with a good chin. We mustn’t forget, that in Canelos’ previous foray up to 175, he did KO Sergey Kovalev, but that Russian was already 37 years old, on the downslide of his career, and he still managed to win a fair chunk of rounds against the Guadalajara native. Bivol on the other hand, is just a freshly minted 31, and he hasn’t been in any wearing and tearing “wars”, he came into this challenge looking very fresh and with a spring in his step.

I’ll say one thing, I never could stand Canelo’s nauseatingly arrogant and buffoonish trainer Eddy Reynoso, a man that I can stand about as much as I can bare with Brian “BoMac” McIntyre who trains Terence Crawford.

Regarding Crawford, I’ll say this much, I like Errol Spence, he’s more technically sound, at least on offense, but, if Spence and Crawford clash in the coming 12 months, I’ll definitely have to pick Crawford to win that one, as I feel that he is just too dynamic and unpredictable for the Texan. And I’m hardly a fan of either man’s attitude outside the ring.
.
Wallack’s Point,
May 10th, 2022.
.
Text: Ronald William Miller.
Image: Sky Sports. 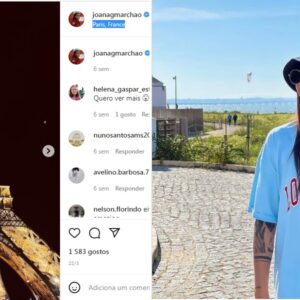 A "DREAM TEAM" DO BENFICA… 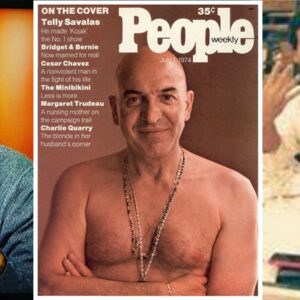