With the WBA‘s President, Gilberto Mendoza Jr. having approved an unification fight, it seems we are likely to get an Errol Spence Jr. vs Yordenis Ugás fight in March or April of 2022 with the WBC, IBF and WBA(Super) Welterweight/147 pounds titles on the line.

If Spence wins the fight, and I presume that he’ll be favored to do so, after all, Ugás has already lost 4 times before and the only “name” there, was Shawn Porter, plus, Ugás is already 35. But he does have some pedigree, he’s beaten Manny Pacquiao, and he was Bronze Medalist (at Lightweight/132 lbs)at the 2008 Olympic Games in Beijing.

I like this fight, I am admittedly a fan of Spence(the Boxer/Athlete, not so much of the man himself) and I hope he wins, and if he does, he’ll likely ask for 75%-25% split in order to fight Terence Crawford for the remaining WBO Welterweight strap. And I would support him in those negotiations parameters, after all, in my estimation(and I could be wrong), Spence is the bigger “star“, plus he would bring 75% of the 147 pound titles to the table.

It doesn’t surprise me that Top Rank Boxing prescinded(in a way) with Crawford’s services. because, Crawford is just not appealing or “sellable” to mainstream audiences. Between his crooked teeth, his “garbageman beard”, the fact that he curses all the time, speaks in “ignorant English” and that he surrounds himself with an entourage of loud, obnoxious characters, it all doesn’t help him much.

Spence has no real charisma(or even good diction, he’s not a great communicator to be sure), his image is somewhat more clean-cut and reserved(sometimes). The way I see it, Crawford’s image might sell with the black urban demographic, but he can’t expect to make real money(at Top Rank or anywhere else. Matchroom Boxing has already turned him down), unless he cleans up his act, gets rid of his foul-mouthed and diabetes-headed coach, Brian “Bomac” McIntyre and his(Bud’s) loutish, unsophisticated family who act like fools for the tv cameras, or he’s never(and he’s already 34) going to crossover into the Caucasian, Hispanic and Asian demographic, and make some real money.

If I was Spence, and assuming he’s having trouble making 147(he’s fairly tall and has wide shoulders and back), if I were to beat Ugás in say… March, I would lay down a “gauntlet” to Crawford, to either accept by June 30th a deal to fight him for the 4 titles for only 25% of the money, or, if he refuses, Spence should have one last defence(maybe against Keith Thurman) and then(after June 30th and a potential Thurman) move up to Junior-Middleweight/154 pounds and start campaigning there

Regardless of whether he fights Spence in the short-medium term or never, Crawford needs to stay busy, so I would suggest he “grovels” back to Bob Arum(hardly the most pleasant person in sports) and accept a first quarter 2022 fight vs Josh Taylor, and afterwards, perhaps try an unification fight(WBO + WBA) with the winner of the Radzhab Butaev vs  Eimantas Stanionis upcoming fight for the regular WBA welterweight title.

If Spence moves up after June 30th, the fight I’d suggest for him, before he goes after Jermell Charlo(or Brian Castano), would be a fight versus near 39 year old Erislandy Lara, for the WBA regular 154 pound title. Once(and if) he wins that, then he should consider going for the remaining 4 titles, in what should be a fairly lucrative promotion, especially, if it’s vs Jermell Charlo.

A lot of people(fans and pundits alike) make a lot of buzz about how enticing Spence vs Crawford would be. Personally, I disagree, I think Crawford is the better fighter of the 2 at this junction, but I’m more a fan of Spence, who is a good(but not great) athlete, and above all, he has very good technique, although defensively he needs to improve(with his current coach, I doubt that will happen…). As for Crawford, everybody raves about his skills, sorry, I just don’t see it, I see a clumsy, wild, energetic, “puncher-boxer“, overly aggressive and with questionable balance, sort of like, a less talented version of Shane Mosley. I think a Vasiliy Lomachenko vs Shakur Stevenson fight(and we will get that one, in time) would involve a lot more skill than a fight with Spence and especially Crawford. 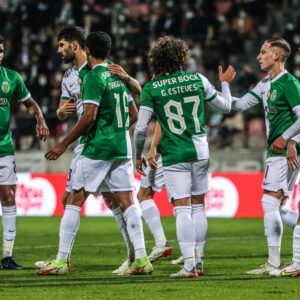 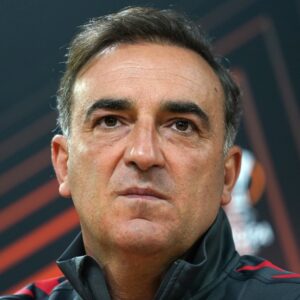