There’s an old axiom in Boxing, that “a good big man, always beats a good little man“. Personally, I’m not ready to say that Anthony Joshua is good, or great or average, but the question is, if Oleksandr Usyk was naturally the same size as Joshua(which he is’t), would he be more skilled? I doubt that. I think a lot of people have rushed to claim that Usyk is the best Cruiserweight since Evander Holyfield, and he may very well be, but frankly, neither Usyk nor Holyfield were ever Ray Leonard, Pernell Whitaker, Mayweather or Roy Jones, they certainly had glaring flaws.

A lot has been made of Usyk’s supposed superior skill(to Joshua’s) in order to make-up for his lack of size at heavyweight, but I just don’t see it. I see an intelligent fighter with some technique, power and ring generalship, but I don’t see a Floyd Mayweather or Vasyl Lomachenko when it comes to technique or movement. I think Usyk has been marginally better than the fighters he’s come up against so far, but I don’t think that’s saying much. Or, let me put it another way, in my mind, a guy who struggled with Tony Bellew at 200 pounds, isn’t going to beat a 240 pound Anthony Joshua, no way, ho how! Not because Joshua is some kind of generational talent(neither was Bellew….)but because, Bellew was an average fighter at the tail end of his career and he still gave Usyk problems.

Joshua weighed in at a good(for his 6.6 frame) 240 pounds and Usyk(6.3) weighed in at 221 pounds, which looked surprisingly good on him, I was afraid he was going to look pudgy by bulking up with “table weight” rather than “Gym weight” but he looked solid, he didn’t have “man boobs” like so many other “overweights”/heavyweights of the past 50 years, and he showed some muscle definition in his torso. He’s brought his weight up 20 pounds over the past 3 years the right way, and I commend him of it.

Although I would not underestimate Usyk’s power, nor overestimate Joshua’s jaw, I still expect the Ukrainian to fight a scientific fight and try to pile up points and rounds in the bank, and only go for the KO if the situation presents itself or if he’s desperate. I think Joshua will try to win rounds early, but with his mind always on a KO for later on.

Naturally, I’d prefer for the “star“(Joshua) to win, so he can keep being one of the biggest “economic engines” for the sport of Boxing, as well as, one of the best ambassadors Boxing has ever had; handsome, articulate, charming and for the most part, a winner inside the squared circle.

If Joshua wins(which I hope he does, and I think it’s the most likely outcome) I’m not particularly interested in seeing him face Tyson Fury. Frankly, I think Fury beats him on points, maybe even by KO, but I just don’t care for Fury’s style, some might call him “technical” but I call him a “spoiler“, it’s aesthetically unattractive Boxing, plus I rather have a clean-cut world Champion rather than a guy who always acts like he’s 2 minutes way from being committed to psychiatric care. I don’t think Fury’s funny or charismatic at all, he’s just too excentric, off-putting and “loony” for my taste or for the mainstream public.

I’d like to see Joshua vs Deontay Wilder(who’s always struck me as a slight “retard” or “clown“) because that’s a “money fight” plus it would have a pleasing style to it, but I expect Fury to beat the American handily. I’m not interested in seeing Joshua vs Dillian Whyte 2, because Dillian is an obese “athlete” who does not deserve the big pay day. I wouldn’t mind Joe Joyce being next in line for Joshua. 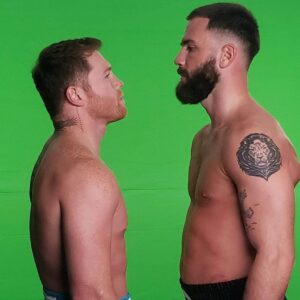 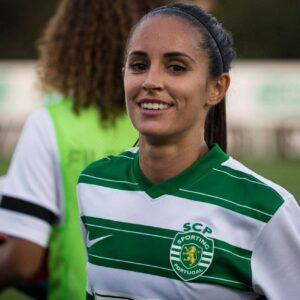